It is time to re-examine the message we are currently sending to and about some of the most vulnerable members of our society through the prison food experience.

Food is an integral part of the human experience.  Sitting down to a meal is part of being human, and sharing good food with others connects us. It nourishes us and communicates identity, relationships, and values.

For people who are incarcerated, the unhealthy, unappetizing, and often inedible food in prison robs them of dignity, humanity, and health.  Food in prison is being wielded as a further form of punishment – one linked with chronic illnesses such as diabetes and hypertension. The adverse impacts of eating while incarcerated affect people long after their reentry into the community.

After 18 months of fact-finding, Impact Justice’s Food in Prison Project team has released Eating Behind Bars: Ending the Hidden Punishment of Food in Prison—the first national investigation of its kind. This six-part report explores the inequities and troubling trends in prison food, centering the perspectives of people who have been incarcerated. It also examines food services policies and practices that affect more than 1.3 million people incarcerated in state prisons nationwide through original research. Eating Behind Bars shows how:

The prison food experience is yet another way the unjust, dehumanizing criminal justice system increases trauma and violence in our communities. Our goal is to use our research to frame a national dialogue and foster collaboration among a wide array of groups to bring about comprehensive and transformative change. Serving better quality food in prison supports goals everyone can agree on:

To kick off the next phase of the Food in Prison Project, a new partnership between Impact Justice and the UC Nutrition Policy Institute will work to increase access to California-grown produce and specialty crops among incarcerated people in California prisons. Funded by the California Department of Agriculture, this pilot project will include work with corrections leaders, legislators, and individuals who have recently been released from the California Department of Corrections and Rehabilitation to implement food systems practices that promote the health and well-being of incarcerated people while increasing the demand for locally grown crops.

Why can’t all incarcerated people get an organic diet? 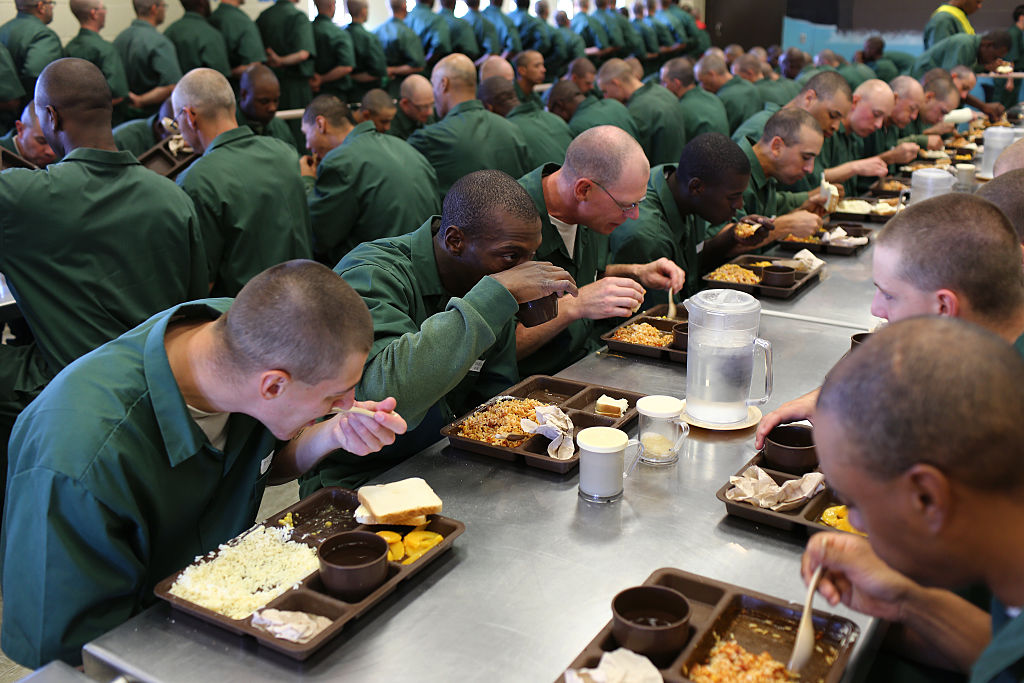