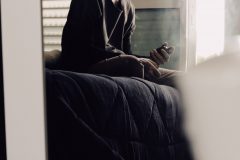 Over the past 10-15 years, the youth justice system has seen a national decline in the total number of youth who are in post-adjudication ranches, camps, out-of-home placements, and probation. This follows two decades of steep increases in juvenile incarceration, a direct result of “get-tough-on-crime” policies that dominated our justice systems in the 1980s and 1990s.

While the current trend demonstrating drastic reductions in youth confinement is encouraging, racial/ethnic disparities have remained, and in some cases even increased. The reforms that have led to this trend are replicating the disproportionality that has long-plagued our justice systems.

Bucking this trend, a new report shows that over a three year period, Alameda County Probation Department decreased the number of youth placed out-of-home by 78 percent. In addition, the department went against national trends by lowering the rates of Black and Latino youth in out-of-home placements in Alameda County.

These improvements came as a result of major shifts in the department’s priorities, which stemmed from both changes in state laws and research that shows out-of-home placements lasting longer than six months are detrimental to youth. As a response, the department increased trainings and staff meetings focused on the changes in policy and practice. It also raised efforts to offer wraparound services and services to the entire family, and improved its collaboration with outside entities such as community-based organizations and school districts.

These results show it’s possible to reduce both overall numbers of out-of-home placements and racial and ethnic disparities. Alameda County Probation Department’s work can serve as a model for other probation departments committed to the same goals.

Lighting the Path for Others